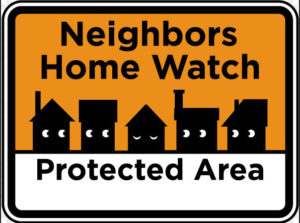 My neighbor Elaine told me a story.

She and husband Steve lived in a big house across the street built by his grandparents. The large basement held a walk-in, steel-door safe. The safe’s door had been rusted closed for years, holding mostly memories.

One night about 1 a.m. Elaine was awakened by banging and shook Steve awake. “Steve, there’s someone in the basement banging on something!”

“Call the police, Elaine….now!” Groggy from sleep and dressed only in his undershorts, Steve grabbed up his son’s baseball bat in the hallway on his way downstairs to the kitchen. Doing a great imitation of a SWAT team member, he pressed against the wall next to the basement door and quietly opened it. Loud hollow-sounding banging was coming from below.

He inched his bare feet down the few stairs to the basement landing and peeked around the corner. There in front of the old safe was a strange man wearing only ragged cut-offs, shoes and a ball cap. He was swinging a maul over and over again at the safe door. He had long bleached yellow hair sticking out below his ball cap and ear phones stretched over the cap. He was nodding rhythmically, apparently keeping time to music only he could hear. Most strikingly, his bare chest was covered with a large tattoo of Jesus in a crown of thorns, done in an amateurish, jail-house style.

Steve ducked back and waited, gripping the baseball bat with sweaty hands. Soon, the man in the basement gave up his futile efforts and started up the stairway toward where Steve was hiding. As he rounded the corner, Steve swung the bat, hitting Jesus squarely in the face. He fell forward toward Steve, who grabbed him and levered him into the kitchen and onto the floor, where he stood over him with the bat, yelling at him not to move.

The outside kitchen door suddenly flew open and another neighbor, Jim, an ex-Marine Vietnam veteran came charging in holding a serious-looking pistol. “I heard about this on my police scanner.”

Soon faint sirens grew louder and two uniformed police officers entered the kitchen and quickly hand-cuffed the man on the floor, relieving the two neighbors. Steve finally breathed. “Thanks, Jim, for coming over.”

While one policeman stood over the hand-cuffed man and the other used the police radio, the kitchen door opened again and a man in rumpled pajamas rushed into the kitchen. He quickly straddled the handcuffed man on the floor and began punching him over and over in both his face and Jesus’.
It took a few moments for the startled policemen to react before they restrained the man. They hand-cuffed the pajama man and pushed him outside and into a squad car in the driveway.

Elaine stopped in her story, adding her great relief that such a person as that burgler would no longer be around the neighborhood.

“Oh, he was a guy who lives on Sycamore behind us.” With that, she seemed to be concluding her story.

“…and why was he wearing pajamas and in your kitchen beating up the other guy?”

“Oh.” Pause. “The man in the pajamas had been at the police station reporting his own intruder. Earlier that night he and his wife were asleep in their home when he was awakened by a man with yellow hair and a large Jesus tattoo standing over their bed, holding up their bed sheet and looking at the man’s sleeping wife. The husband bellowed at the man but he quickly escaped through the house and into the night. The neighbor without getting dressed jumped in his car to report the incident at the police station. That’s where he heard about our break-in and decided to follow the police.”

As was later revealed, the tattooed man had been breaking in houses all over our neighborhood, hiding out during the day in the overgrown, woody area behind the Johnston house on Second Avenue. His suspected crimes included not only breaking and entering but theft and much more serious assaults, like the rape of a young girl he pulled off the street. He had also stolen paint along with other supplies from a house remodeling project (ours) and had been sniffing it regularly. (On a personal note, he almost destroyed a large beveled-glass trumeau he yanked off the wall in our house before we moved in.) The police speculated that it was sniffing the paint he stole that led to the bold carelessness that got him finally arrested.

(This event happened about 1985 and I apologize for using real names and hope my former neighbors forgive me.)