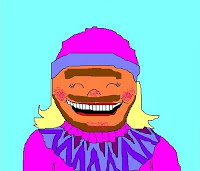 Growing up in central Texas in the area known as the blackland prairie, snow was very rare.

As children we measured each winter by whether there was snow, how many days it stayed and if there was enough to make a snowman. When the white stuff did fall, whitish round figures appeared in the neighborhood with contorted branch arms sticking out of brownish, dried grass-covered snow bodies.
They stood guard for days after the snow disappeared from the ground, getting shorter and shorter, dirtier and dirtier, until I was glad they were finally gone so I didn’t worry about them any more.

Being exposed – barely and rarely – to snow, I knew about skiing but didn’t know anyone who had actually done it. Certainly it got really cold in Texas, but even when it snowed there were few hills to sled.

No one dreamed of skiing. That was only in movies and books. We were also poorly equipped for cold weather, using knitted mittens or gloves that got very wet and soon had white clods of snow sticking to them. We tunneled the gloves beside our mouths, huffing out cold foggy breaths to pretend we were smoking. “Hey, look at me. I’m smoking like Dad.” Such were our snow memories.

While I was in college, my parents for some reason bought us ski boots for Christmas, a white leather lace-up kind made in Austria. The real thing.  Wow, did that mean I should ski? But where?

I couldn’t wear the heavy boots on campus when it was just cold outside. What if someone asked me whether I could ski? Or where I skiied?  I didn’t know the first thing about it, just that people looked really glamorous shooshing through the white in their bulky clothes, faces all windburned and reddened. I knew what skiers looked like…. in the movies.

I wore the boots only once, in my 20s, in Colorado where I had gone for a few days skiing with a bus group. On that trip I noticed I was the only sweater-clad athlete with white boots. Everyone else’s were black. Was I cool or what?

I took two lessons and learned a few moves like traversing and snow plowing. Oh, and a few terms such as a poma lift or T-bar. That was about it for my alpine knowledge. While going up the mountain with an instructor on the chair lift, stretching my white boots out in front of me, smugly admiring their uniqueness, he gave me a compliment. He was from New Zealand and had an exotic accent. He said, sitting beside me, his white teeth gleaming out of his tanned face, that I was really “improving.”

I smiled widely. If I continued to progress, he said, maybe I should buy some good boots. Good boots? What could he possibly mean? My boots were new. They announced, “Made in Austria” inside. They were different from all the others. Then the instructor added, “Nobody wears lace-up boots any more.”

Oh. All my confidence fell from my seat onto the snow below us. It didn’t even make a soft sound. I didn’t go skiing again, nor even want to go, for a long time.

Some years later, however, when my sister Bonnie was in college, we went to Colorado together to ski. We had settled on Vail, arriving at the hotel in late afternoon. (Of course my worn-only-once white boots stayed in the dusty back of my closet at home. We would rent boots.)

We put the bags in our room and went out to explore. People in puffy snow gear and good-looking sweaters and svelte tight ski pants were everywhere. Every voice sounded enthusiastic. Our own outfits, which had seemed great at home now felt inadequate to me.

We ate supper in a cozy place full of athletic, beautiful people who brimmed with excitement and ski talk. I wanted to be them, I wanted to be worldly and exotic like they were, I wanted (for once in my life) to be athletic, admired for my skilled movement. That was a tall order for me.

I had forgotten to pack toothpaste, so after eating we went to a drug store on the way back to the hotel. While waiting to pay, I was standing beside a counter display with a cardboard photo of two skiers with knit caps, grinning with improbably white teeth and tanned, handsome faces. They looked like those Beautiful People in the restaurant.

The product in the box by the display was “Bonnie Bell Snow Tan.” An instant, healthy-looking tan, the promo words promised.

With my pale face marking me as not belonging, a non-skier, this was surely going to be beauty in a bottle. Transformation was at hand. I bought one.

Back in our room, I showed it to Bonnie, applied a little lightly to my face and told her I was going to use it again the next morning. Did she want some too? No, she declined, but happy for me to have found something I liked.

In the morning, after washing my newly golden face, I happily applied more Bonnie Bell. Wow. I looked so tan! I added rouge to my cheeks and nose and leaned into the mirror to admire the results. (Well, my knit cap would cover the whiter skin against my hairline.) Who was that glamorous person in the mirror? Certainly not a pale Texas girl without athletic ability. No, siree.

I strode confidently with Bonnie to the ski and boot rentals, noticing the absence of lace-up boots (or white ones), then to the bottom of the poma lift area where they were giving beginner lessons. Not for me, of course. For my sister. I was, after all, experienced. I had already mastered the skills on my one previous trip.

The plan was for Bonnie to take a morning lesson, then we would meet at the bottom of the hill, where I would ski down the mountain, and then we’d go to lunch. Good plan. I blithely waved goodbye, wished her luck and headed for the chair lift.

With only a little trouble, I made it off the lift in one piece, having carefully observed the other skiers’ way of sitting and exiting. I looked around for the easiest trail down. They were marked with colors. Black? No. Red? No. Oh, gold…that’s the one.

People were shooshing past me. I could hear only a few voices and the sigh of the cold wind and the snow. Okay, I can do this. I closed my eyes, steeling myself. I opened them and took the shallowest of paths across to the other side of the trail, narrowly avoiding people headed downward through my slow sideways path.

Here we go. Skis together, lean downhill….go ahead… lean towards where you don’t want to go. (Leaning toward the bottom of the mountain was contrary to every instinct in me.) Skiers whooshed past. Okay, I’m getting it. Snowplow. Oops. Don’t fall. That guy’s looking. Get up. Straighten your shoulders. Look confident.

As I laboriously worked my way down the mountain, I gained my footing and moved with more confidence. Okay……OKAY!  Although I was only traversing and snowplowing, I felt really cool. No one knows I don’t know how to ski, I thought, I’ve faked them all out. The guys and even the girls whipping past me are looking at me, admiring my sweater, my prowess, my healthy tan, proof I was a pro.

After what seemed interminable hours, my laborious efforts had me finally approaching the bottom of the mountain. The “Oh my God, how am I going to ever get down alive” thoughts were disappearing. Smile, look confident, look capable. After all, the people who passed you all looked at you and thought, “Wow, what a good skier… and so tan.”

Bonnie was standing on skis at the bottom of the hill looking up at me, mouth open. Oh, she is absolutely amazed at my skill. Go ahead. Shoosh up to her, leaving a rooster tail of snow. Well….my plow brought me right up to her. Her mouth was still open. “What in the world has happened to your face?”

Huh? What is she talking about? I took a compact from my zip pocket and looked.

The Bonnie Bell Snow Tan had somehow sheeted down my face and pooled in my eyebrows, over my lip and along my chin line, leaving me a unibrow, a moustache and a beard. The silver nitrate in the product had dyed my skin dark brown in those areas. Oh, my God. That’s why people were looking at me.

After quickly scuttling back to our room, I scrubbed and scrubbed. The stains remained. My sister’s reassurance that no one would notice did not calm me.

The remaining two days of our holiday I no longer remember, but I’ve never been tempted to go skiing again.