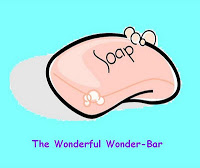 Important message for people with Restless Leg Syndrome, nightly leg cramps or Morton’s Neuroma!!This is not a story.  It is a revelation and a life changer for me…and maybe others.  Help .. finally.

For over 30 years I have had a condition called “Morton’s Neuroma, which affects feet.”

Symptoms began with intense itching on different parts of the feet.  A few years later, symptoms had grown from the itching to outright stinging pain.  The only thing that helped was rubbing my feet until it stopped.  Over the years, the stinging kept increasing in intensity and length of attack.  The stinging eases when I rub my feet, seems to stop, then returns in waves…the entire attack lasting about an hour.  Almost 10 years ago, I went on the internet in search of an answer for what was happening to my feet.  I read under “stinging feet” about diabetes.  Nope.  It wasn’t that.  The stinging from diabetes results from poor circulation.  This pain was clearly neural based.

So, I went to a Podiatrist.  He diagnosed a common (?) condition known as Morton’s Neuroma and explained that it is a ganglia of nerves that forms in the ball of some people’s feet between the third and fourth toe.  (Make that some unlucky people.)

What causes it is unknown (or, at least, I haven’t found a cause).  There is, however, a genetic component, because my sisters also have the condition.  (My own theory is my feet are paying me back for wearing all those uncomfortable pointy-toed, high heel shoes when I was young.)

So I began a search for a cure for neuromas.  The only recommended treatment by the podiatrist was surgery.  So in desperation, I decided to have surgery on just one of my feet.  (If it worked, I could do the second foot later.)  The surgery was very (VERY) painful, expensive and the worst part is the neuroma came back.  A friend of mine with the same problem had both of her feet operated on and the neuromas came back also.  Another unpleasant result of the surgery is I now have dead spots on that foot.

The only effective help I found was sitting with my foot/feet on one of those vintage Dr. Scholl’s vibrating knob devices.  As the attacks usually take about an hour to go away, I put my Dr. Scholl’s device under my desk.  Sporadic writing at my computer in the middle of the night became habitual due to having to sit there during the waves of stinging.

Some years ago, I heard from my mother-in-law about the success she had in alleviating nighttime leg cramps and RLS (restless leg wyndrome) by having a bar of soap beneath the bottom sheet of her bed.  If the cramps started, she would move her foot to the soap bar and they would stop right away.  Wow.

Well, I don’t have leg cramps so I didn’t think much about using the soap myself.

Then, recently my cousin went to her 53rd high school reunion and reported a doctor classmate told her about the soap and leg cramps.  She put a soap bar under the sheets and no longer had her night-time leg cramp problem.

Pretty powerful, I thought.  Why not try it on neuromas?  Easy enough to test – and cheap.  So, I put a bar under the bottom sheet of my bed.  When the familiar stinging started up, I just moved that foot over the bar of soap.  It went away.

Since then, whenever I feel an attack coming on, I put a bar of soap on the floor and put my foot on it.  It goes away.  It even works in the car.  It feels a bit like the soap absorbs or grounds a kind of electric charge from the nerves in my feet.

I now carry a small bar of soap in my purse.  In my world it’s an absolute miracle. Additionally, as assurance to sufferers like me, my sister, who works in a naturapathic clinic in Perth, Australia, told one of the practitioners about the soap.  She absolutely poo-pooed the idea and said it didn’t make sense.  Days later, she told my sister that she and her husband hadn’t slept together for years because her husband has severe RLS.  She put a bar of soap under his sheet without telling him.  (Note she didn’t tell him.)  She said his RLS had stopped and he told her he didn’t understand it.

Recently, I had an ocular migraine that frightened me, as it was becoming difficult to see through the bright, jagged auras in my eyes.  Wondering what I should do, I lifted one of soap bars and put it to my forehead.  Almost instantly the auras disappeared.  It surprised me so much that I spent some time just sitting wondering if they would return.  They didn’t.  Now whenever I have a headache, almost every time when I use a bar of soap it disappears.  No aspirin, tylenol or allege.  Wow.

Okay….none of us understands.  Understanding is secondary when it works so well.

(Note:  It doesn’t seem to matter what kind of soap it is.  They have all worked so far.  However – caveat – I have to use the soap at the very beginning of an attack or it sometimes doesn’t work.)

(Second note:  There are several notes on the web that say neither Dial soap or Dove work as well.  Don’t know.)