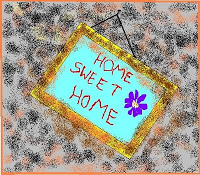 The person on the front desk explained to the caller we had a policy of not picking up owned animals and he must bring them himself to the shelter, because the owner has to sign a release and provide information about the animal.

She told him we could loan him a carrier.  Then, as she wrote down the information, she casually asked, “How many cats are there, sir?”

“Uh, why are all those cats in the house, sir?”  Silence.  Then, “Oh, ah guess they kipt havin’ babies.  And them babies had babies.  Started with just two.  We really like cats.”

Yeah, that’s how that usually works.  “Why are you getting rid of the cats, sir?”

“They,” it transpired, were his elderly parents.

She told him she’d have to call him back after speaking to animal control.

The ACO Supervisor Annie was in her office when she was told about the call.  She asked, hopefully, if the house was outside the city limits, which would mean the problem was the County Sheriff’s responsibility instead of hers.  “No, sorry.”  That meant she had to respond, which was about the last thing she wanted to do that day.

We tallied our resources to judge if animal control staff and shelter staff together could handle the situation, as it would be a disaster if the man simply let all those inbred cats loose on the neighborhood.  We decided what staff could be spared, then Annie called the cat man and left in her truck to assess the situation at the house.  When she returned, she said it was much worse than she thought, and would have to handled after lunch.

So, after lunch, they loaded up kennels, cat tongs, heavy-duty leather gloves, catch poles and surgical masks and followed Annie’s truck to the address.

The small, white one-story frame house was shabby, but gave no hint of what lay inside.  When they tried to enter the front room, the strong odor drove them back outside like they had been shoved.  They put on surgical masks and re-entered.  The room was completely filled with junk:  old boxes, suitcases, rusty box springs, ragged-out chairs and trash in plastic bags.  Cats were EVERYWHERE.  They appeared entirely feral and our presence seemed to make them even wilder.  They got their equipment together and tried gently and calmly approaching the nearest cats.  No luck.  They went crazy then, leaping onto the walls and springing off over their heads, hiding under all the trash and hissing and spitting.

Annie and the others worked as carefully in the chaos as they could.  Grasping one at a time and putting them into the kennels, with two of them manning the upended kennels, one hand on each door, opening and closing the doors quickly as each cat was put in.  The four large kennels were filled in less than 30 minutes ….and they were still busy in the first room.  The kennels had to be sent back to the shelter to unload the cats then return to be re-filled.

After yet another kennel trip to the shelter, they felt they had pretty well cleared the front room of feral felines, so Annie took time to look around to be certain.  Some of the cats had knocked over a few of the cardboard boxes.  One suitcase lay open.  What was in all of them, packed to the gills, was cigarette butts.  All had been smoked down to the brown filters.  Actually, the smell of the butts  was a “pleasant” distraction from the acrid urine and feces, which hung like a shroud over the room.  There were NO litter boxes.  The floor, the butt-filled boxes and the old furniture WERE the litter box.

They went outside to wait for emptied kennels to return from the shelter.  The summer temperature was hot and sticky but at least the air didn’t smell like cats….however, they all did.  The odor was so thick inside the house that it had penetrated everything they wore, including skin and hair.  (Good thing the project hadn’t started before lunch.)

They went back to work when the truck returned.  The middle-aged son, standing outside, had asked that they not go into one of the rooms, which was behind a closed door off that first junk room, so they didn’t.  It was apparently his bedroom.  What more horrors likely lay inside?  Perhaps whole wardrobes full of butts.

Next was the second room.  This was apparently the old folks’ bedroom.  A bottle-blonde, middle-aged woman was changing sheets on two hospital beds.  She was wearing a tee shirt whose front was covered in thick metallic paint flowers and glued-on jewels.  The shirt coordinated well with her plastic beach thong shoes topped with fake flowers.  She said she was the old folks’ daughter and sister of the man who had called.  She lived out of town and wanted to “clean up” before her parents came home from the hospital.  Poor woman, it would be easier to clean the Great Wall of China with a toothbrush.

The room was surreal, with the contrast between the two metal-framed hospital beds, freshly sheeted, and the rest of the room.  Side tables, lamps and the floor, even under the two beds were covered in dried cat feces.  It looked like another page had been turned in a book of “Where’s Waldo” for cats.

Connected to the bedroom was a small dining room and kitchen.  Roaches dotted the walls and baseboards and the small grimy cabinet top and stove.  Spider webs clung to every corner.  The old linoleum floor was covered with crumpled stained clothes, trash and, of course, feces.  A vacuum cleaner, looking as though it had never been used stood against the wall, more clothes draped over the handle.  Inside the back of a single claw-shredded black vinyl recliner were three small kittens among the tufts and wads of stuffing.  There was no way to decide who was their mother.  Fortunately, they were old enough for our rescue folks to bottle-feed.

In the filthy single bathroom next to the toilet was a hole leading to the enclosed underpinnings of the house.  Cats were popping in and out of the hole like a carnival Whack-a-mole game.  Small wonder these poor old people were sick.  Hard to believe they had even survived living like this.

All the time Annie and shelter staff were in that area, the woman was sweeping the floor.  As she worked, her brother was standing out front leaning against his old mustard-colored car smoking cigarettes.

On one of the trips outside to get fresh air, Annie spoke to him.  He put out his smoked-down cigarette between his fingers and tucked the butt into his shirt pocket.  (Aha!  The contributor of all the butts…or at least one of them.  Kool cigarettes should give this guy a lifetime achievement award.)

He said, “M’ fathuh done told me ef ah took off them cats, he’d kill hisself.”  She asked if he thought his father really would.  “Mebbe.”  (If his parents continued living in those conditions the same goal would likely be accomplished.)

Mid afternoon Annie went to a phone and called the Health Department and Adult Protective Services.  APS said there was nothing they could or would do.  The red-headed County Health Officer drove up into the yard in his pickup, rolled down the window and said he absolutely wouldn’t enter the house.  He said he could smell it fine from his truck, then he rolled up the window and drove away.

They worked about an hour more.

They finally got to the last room, which was tiny with a small closet that had no door.  There was only an old twin bed, which took up most of the room, covered with a brown Army blanket, furry with cat hair.  In the corner was the barely recognizable rectangular outline of a litter box….buried in feces higher than the rim of the box.  More cats were, of course, in this room, which instantly became a sort of racquetball court, only with cats instead of balls.  They were catching them on the fly as they bounced off the walls and over our heads.

Inside the closet was an assortment of junk that included an old discolored Western guitar, with strings long gone.  Inside the center hole of the guitar were eyes staring out.  Another cat.

Annie went back outside to check on the loading of the kennels into the trucks.  The man was still out there by his old car, smoking again.  He asked, “How long y’all gonna be gittin’ them cats?”  She told him they had caught over 70 and would likely not be able to get more that day.  Any others were probably under the house or hiding under the kitchen cabinets.  She would leave several humane traps inside for them.

He said, “Well, ah jist wanted t’ know, ‘cause ah need t’ go in an’ clean up for work.”  A co-worker standing near Annie exchanged looks with her.  In the air was the thought, “CLEAN UP????  IN THERE???  Are you going to use the Whack-a-mole bathroom???”

Annie returned the next day and collected about five or six more cats from the traps.  The daughter was in yet another memorable tee shirt, doing her best, busily painting the stained cabinets and walls of the kitchen area with chalky white paint.  Roaches, now wearing white blobby coats were trying to crawl away.  She stood up from her baseboard painting to say, “Thank you.  Thank you all for your help.”  Poor woman.  The brother was out in the front yard with an old garden hose, another cigarette hanging from his mouth, absently spraying off a nasty, fuzzy rug.

I had taken photos the day before to provide a record.  The last one I took was of the kitchen area.  A crookedly-hung print on the wall amidst dots of roaches and spiderwebs.  It read, “Home Sweet Home.”